We mark the centenary of the momentous year of 1918 with a number of talks and events. Our opening speaker is Professor Alvin Jackson, who will talk about Edward Carson and John Redmond, the centenary of whose death we mark this year. On the Saturday morning of the Festival, Professor John Horne will talk on ‘The War to End All Wars? International Perspectives 1918 – 1923’ followed by a panel discussion with Professor Eunan O’Halpin and Professor Louise Ryan on the eventful year of 1918 and its consequences.

Saturday afternoon sees Eunan O’Halpin return with ‘A catalogue of errors? British government and Ireland in 1918’. Louise Ryan will speak on Irish suffrage, in the year some British and Irish women gained the vote, specifically ‘Shining a light on secret aspects of Irish society – the Suffrage Movement and the Irish Citizen Newspaper’. Dr Ida Milne will follow with ‘Stacking the coffins: the 1918-19 influenza pandemic and Irish society’. Finally in this session we have Lar Joye on Weapons of the War of Independence, analysing how that impacted on the type of fighting that took place and in particular looking at the smuggling of weapons into Ireland and the role of the staff of Dublin Port (where he is now Port Heritage Director). 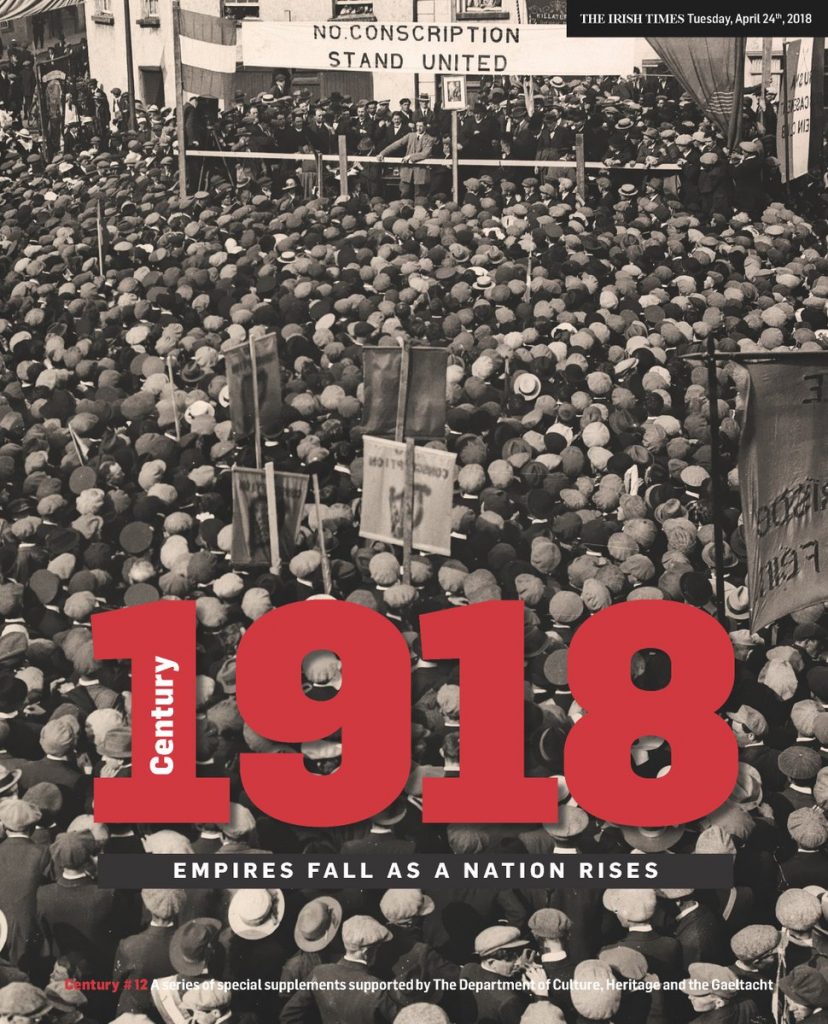 The Irish Times’ excellent 1918 supplement, published earlier in the year, copies of which will be available at the Festival.