20 September: a short selection this week

Our selection this week takes us to the Soviet Union, Palestine, back to Cork city and then finally to the horrors of the Famine in Skibbereen.

The Irish in the USSR is the first of a series of films on the theme of ‘Hidden Histories of the Irish Abroad’, produced by Epic: the Irish Emigration Museum in Dublin. Epic’s historian Maurice Casey is the presenter.

On the Irish Story website, Seán William Gannon looks at the fascinating Irish connections to the Palestine Police from the early 1920s until the British withdrawal in 1948.

Our friends at Nano Nagle Place opened a new exhibition this week called ‘Small Lives: at Home in Cork in 1920’ which is really worth a visit (see image below). They have also put on their website an interesting lecture by Michael Lenihan on The Burning of Cork. We have been doing joint programming and marketing with Nano Nagle and St Peter’s Cork this year on the theme of #Cork1920. St Peter’s have their own fantastic exhibition on the Burning. 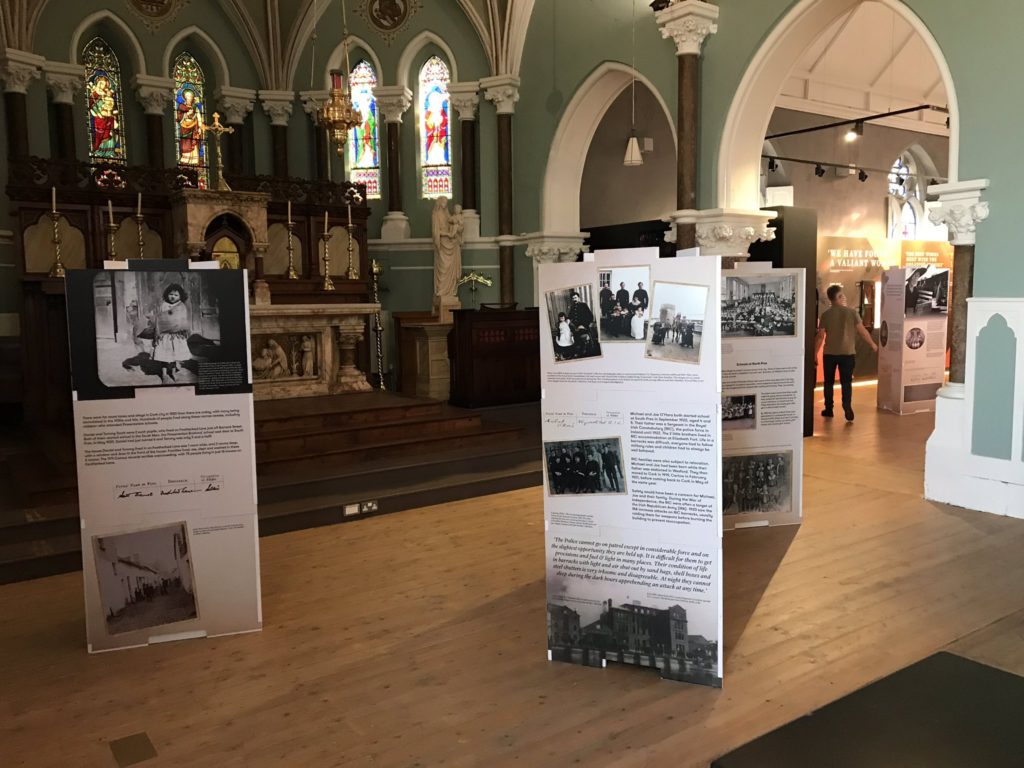 And finally, a moving film made by the Skibbereen Heritage Centre and presented by Philip O’Regan, which looks at the tragic story of Widow Lynch and her children who briefly lived, and died, on Skibbereen’s Windmill Lane during the Famine.