We are delighted to be screening the film Citizen Lane at this year’s West Cork History Festival. The film, released earlier this year, mixes documentary and drama to provide a vivid portrait of Irish aesthete, collector, dealer and philanthropist Hugh Lane, one of the most fascinating figures in modern Irish history.

Citizen Lane was directed by Thaddeus O’Sullivan, with the drama written by Mark O’Halloran and it stars Tom Vaughan-Lawlor as Hugh Lane. It is intercut with interviews from contemporary documentary contributors including Professor Roy Foster, who was our inaugural speaker at last year’s West Cork History Festival.

The film is included in your ticket price if you have already bought a weekend, Sunday day or Sunday afternoon ticket for the Festival. And if you haven’t yet bought a ticket, we hope this addition to an already rich programme of talks and films will persuade you.

You can see the trailer for Citizen Lane here: 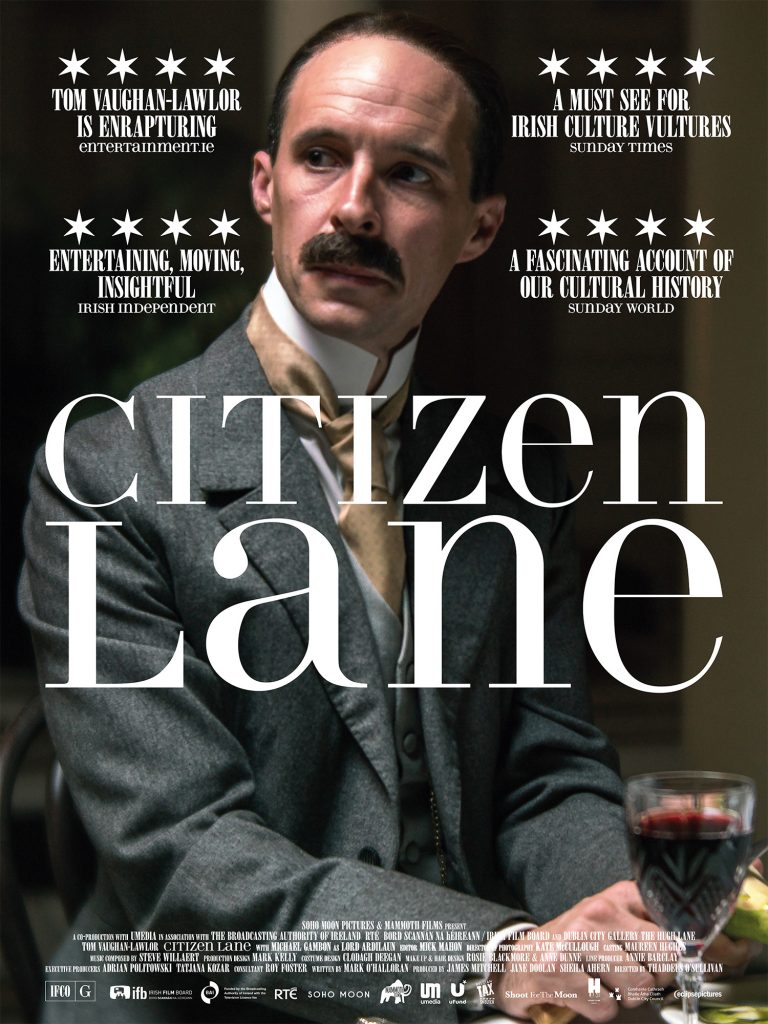