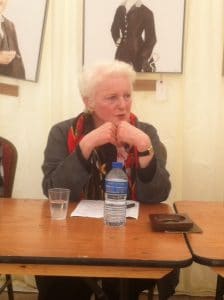 Rabbi Julia Neuberger, one of the panel members for our second session on the First World War and Ireland, looking at Commemoration. 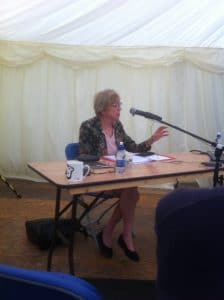 Professor Marianne Elliott speaking to a packed tent on “Sectarianism in Ireland: Its History and Impact on the Northern Ireland Peace Process” 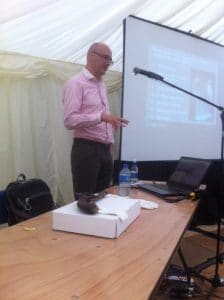 Lar Joye from the National Museum of Ireland talking about Duelling in Ireland – on the table in front of him is an 18th century duelling pistol which he brought with him, and which the audience were allowed to handle after the talk. 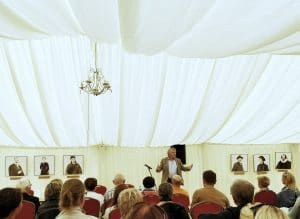 Michael Dobbs, our closing speaker, in full flow on “Life, Lust and Liquor: how House of Cards wrote itself” and other stories. The portraits of historical figures which can be seen behind him were specially produced for the West Cork History Festival by artist Harriet Selka https://www.harrietselka.com/ 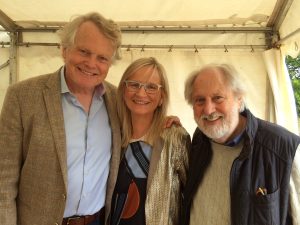 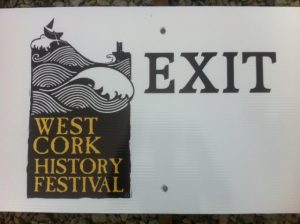 Pointing the way out after a fantastic inaugural Festival …..