An interesting article by Sarah O’Brien in the Irish Times on Irish women emigrating to Britain from the 1950s:

“Britain in the last half century has been no paradise for Irish immigrants. Rather, it has been their place of protest. We have needed Britain for our counter-narratives as much as it has needed us for its labour.” 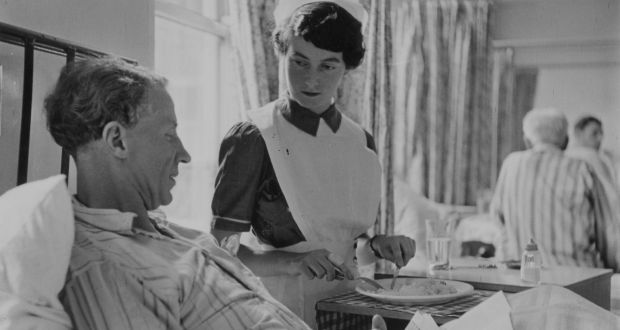 Photo from the Irish Times/Getty Images, showing an Irish nurse working in St Chad’s Hospital in Birmingham in 1955