Maps, shipyards and our very own Mount Gabriel

Starting this week with a wonderful online exhibition ‘Mapping History’, put together by Dublin’s Marsh’s Library and Armagh’s Robinson Library. It showcases Irish and world maps and atlases published in the three centuries after the year 1536, drawing on the collections of both libraries. The map featured shows Ireland from Edmund Halley’s Atlas Maritimus and Commercialis (London, 1728) which focused on ports and coasts around the globe. A profile in the Belfast Newsletter recently of a fascinating man – Thomas Carnduff, shipyard worker, Orangemen and poet who signed the 1912 Covenant, served in the First World War and had a play staged at the Abbey in 1932. The author, Connal Parr, spoke about Carnduff for an online event for Belfast’s Linen Hall Library on 18 January which will hopefully be available to hear/see. Carnduff was once the caretaker at the Library and is pictured below.

More locally, our friends at the Roaringwater Journal blog had a great post on the Legends of Mount Gabriel and particularly a pool near the top. This appears as Poulanenine on old maps, with the most likely etymology being Poul an Oigheann – the Pool of the Cauldron. I have used one of their great photos below. 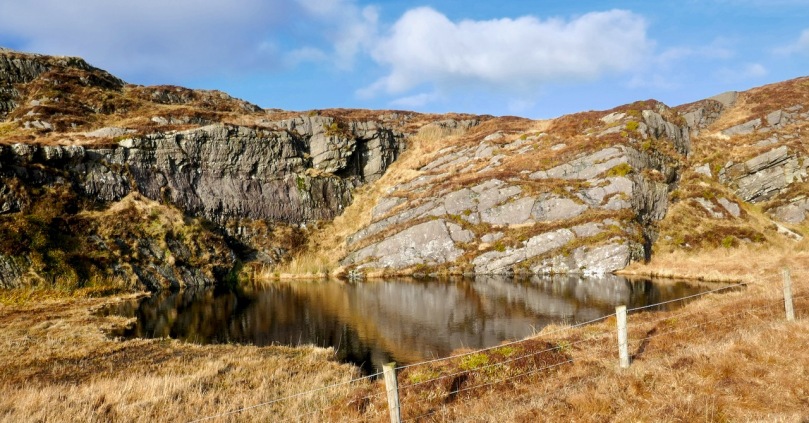 UCD’s History Hub’s podcasts feature academics from their School of History include Fionnuala Walsh on the campaign for women’s suffrage in Ireland and Diarmaid Ferriter discussing the Anglo-Irish Treaty. Also focusing on events in the Decade of Centenaries, Festival contributor Brian Walker recently published an article discussing the Government of Ireland Bill, which received royal assent on 23 December 1920, and which led to partition as well as becoming the corner stone for the establishment of Northern Ireland.

Finally, the Irish Story’s latest blog focuses on boxing in Ireland (with gloves). If that interests you, you may also like to listen to Lar Joye’s talk on duelling in Ireland, which we had at our first Festival in 2017.

PREVIOUSNEXT
Bad Bridget, Rex Ingram and murder in Co CorkLegacies of slavery from Bristol via Belfast & intelligence in the War of Independence
SEARCH THE SITE
CATEGORIES
RECENT POSTS