Remembrance Sunday today, and an interesting article by Edward Madigan on ‘Remembrance and the British Dead of the Irish War of Independence‘ on the Historians for History blog.

Closer to home, this is a picture of the Commonwealth War Graves Commission headstone of Private Patrick Collins of the Royal Irish Regiment who died in August 1916 and is buried in Abbeystrowry Graveyard near Skibbereen. The Graveyard is well-known for its Famine connections, with mass graves there thought to contain the bodies of 8-10,000 famine victims. But we haven’t been able to find out much more about Patrick Collins, other than that he was the husband of Ellen Collins who lived at 2, Clark’s Lane, Skibbereen. One to ask the Skibbereen Heritage Centre… 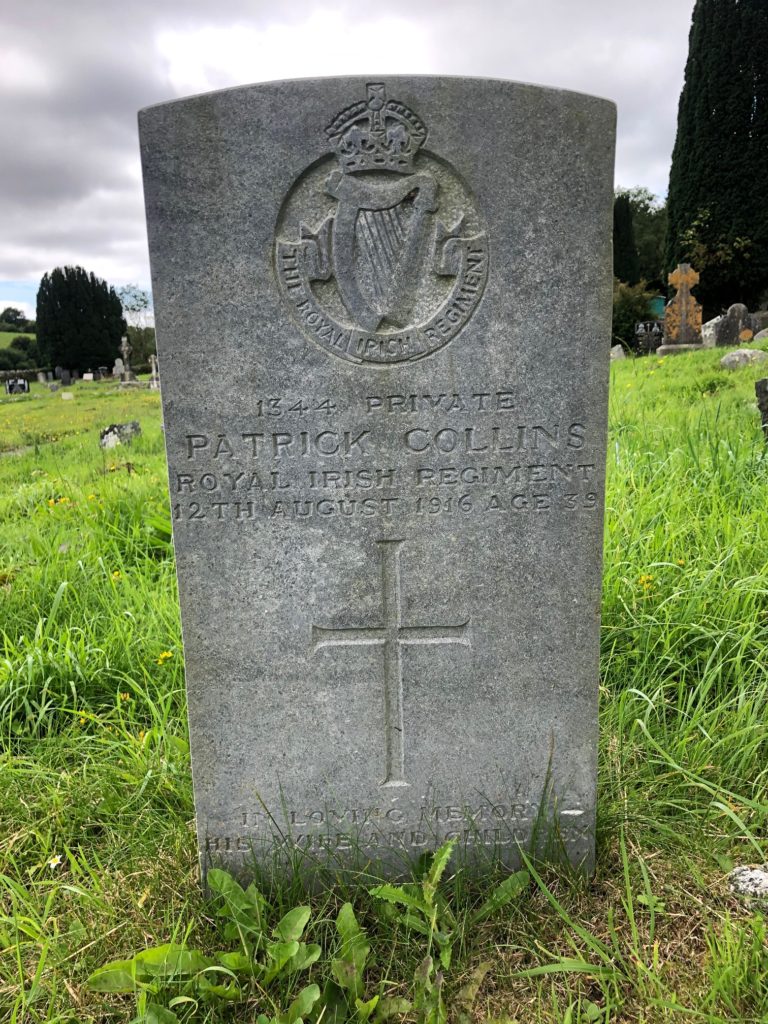 A recent talk on the website of Epic Ireland focused on the important subject of ‘Ireland and the Black Atlantic‘ as part of Epic’s Hidden Histories of the Irish Abroad series. The talk was by Maurice Casey but the presentation also includes a discussion with Leni Sloan of the African-American-Irish Diaspora Network.

The Scotsman had an article recently which also connected Ireland with black history. A tapestry depicting the Battle of Culloden in 1746 includes a figure, wearing a frock coat and wig who is believed to be the West Indian manservant of Captain Thomas McNaughton. McNaughton was from Kiltimurry in Omagh and fought for Jacobites at Culloden with the ‘Wild Geese’ – a regiment of Protestant Irish troops who supported the Jacobite side. Research is now underway to try and find out the identify of the manservant. The detail of the tapestry below is from the National Trust for Scotland, who own the tapestry. 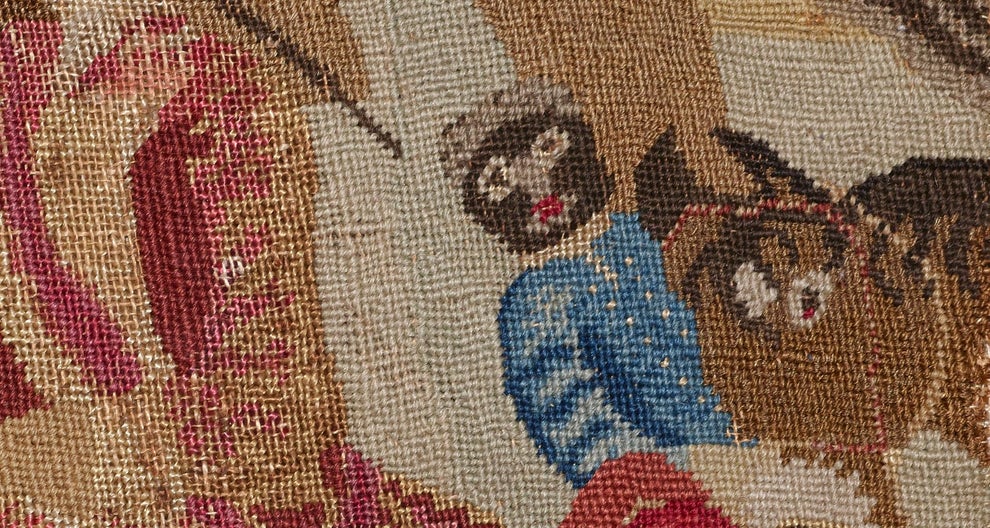 And finally a historical perspective on living in a pandemic: a fascinating photo-story by Simon Norfolk on how the residents of the small village of Eyam in Derbyshire, in England’s Peak District, quarantined themselves during the bubonic plague epidemic of 1665-6. It’s on the Wellcome Collection’s website, which has lots of other fantastic content exploring the connections between science, medicine, history life and art.