A selection of talks from our 2018 Festival can be accessed below via Soundcloud:

Dr Andy Bielenberg on ‘Disappearances in Co Cork 1920-22 and the case of Mrs Lindsay’ can be heard here.

‘Addressing the violence suffered by women during the Irish Revolution’ by Professor Linda Connolly is available here.

Finola Finlay, WCHF committee member and organiser of our 2018 Festival Field Trips, on ‘From Skibbereen to the Moon: Agnes Clerke and Nineteenth Century Astronomy’ here.

‘The War to End All Wars? International Perspectives 1918 – 1923’ by Professor John Horne is here.

Cal Hyland considers the situation of Protestants in West Cork, 1920-1925.

Lar Joye on Weapons of the War of Independence.

Terri Kearney of the Skibbereen Heritage Centre on the ‘Stories of the Revolution’, a schools’ folklore project collecting stories about the 1916-23 period in West Cork can be heard here.

Dr Connie Kelleher on ‘The 1627 wreck of the Spanish treasure galleon Santa Ana Maria and the fall of an empire’ here.

Niamh MacNally of the National Gallery of Ireland on artist Margaret Clarke, about whom she curated a very successful exhibition at the Gallery in 2017.

Mary McGillicuddy on women and the environment in the fishing industry in SW Ireland in the late 18th and early 19th centuries here.

Dr Ida Milne on ‘Stacking the coffins: the 1918-19 influenza pandemic and Irish society’.

Peter Murray, former Director of the Crawford Art Gallery, on Victorian painter, geologist and antiquary George Victor Du Noyer, about whom he curated a widely praised exhibition at the Crawford.

‘A catalogue of errors? British government and Ireland in 1918’ by Professor Eunan O’Halpin.

Dr Niamh O’Sullivan on Coming Home: Art and the Great Hunger, of which she was curator. The exhibition was on at Skibbereen’s West Cork Arts Centre in the summer of 2018.

Dr Michael Robinson on ‘Disabled Great War Veterans during the Revolution’ can be heard here.

‘Shining a light on secret aspects of Irish society – the Suffrage Movement and the Irish Citizen Newspaper’ by Professor Louise Ryan is available here.

And below you can see some pictures of speakers and attendees at our 2018 Festival: 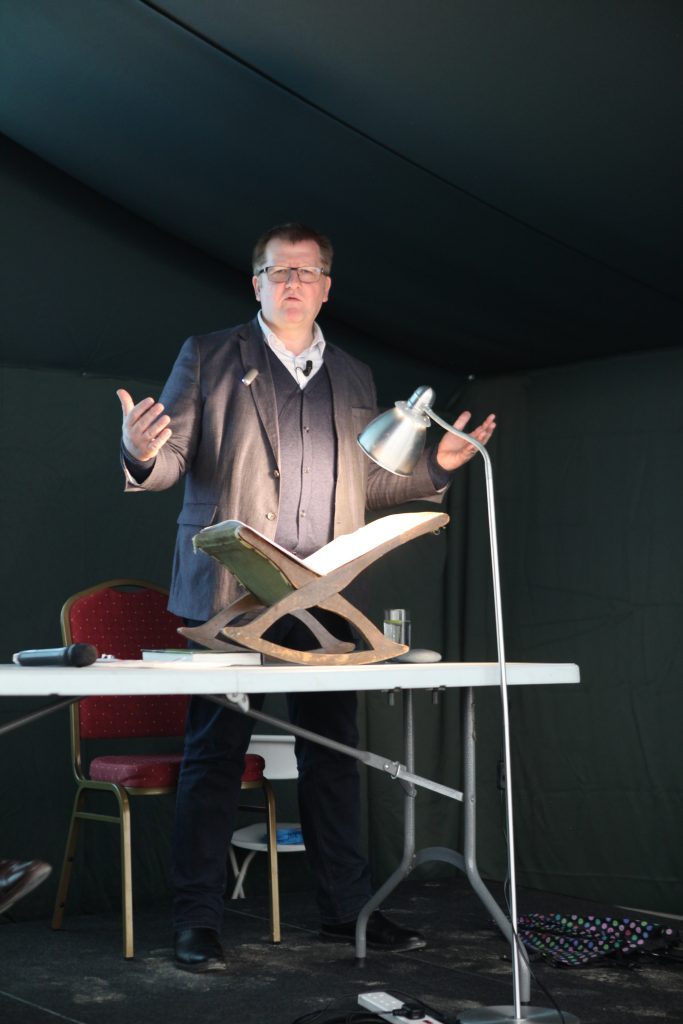 Professor Alvin Jackson giving our opening address, on Edward Carson and John Redmond; the latter died 100 years ago this year 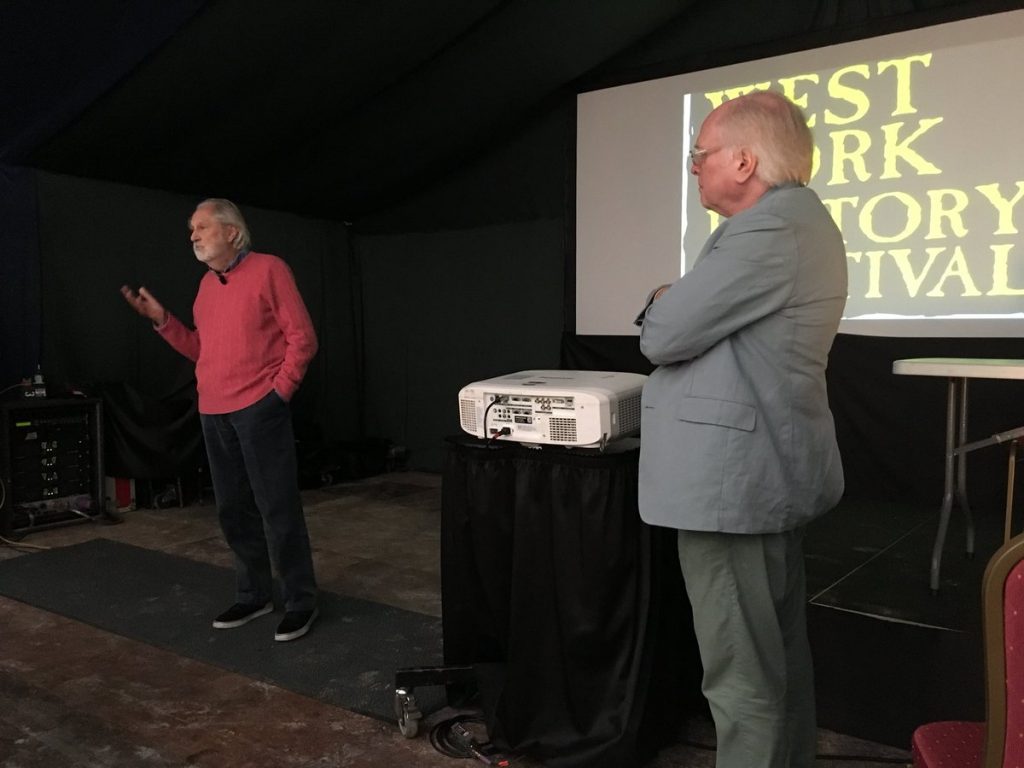 Lord Puttnam introducing Michael Attenborough who spoke about his father Richard’s film classic anti-war film about the First World War, Oh! What A Lovely War, followed by a specially edited screening of the film 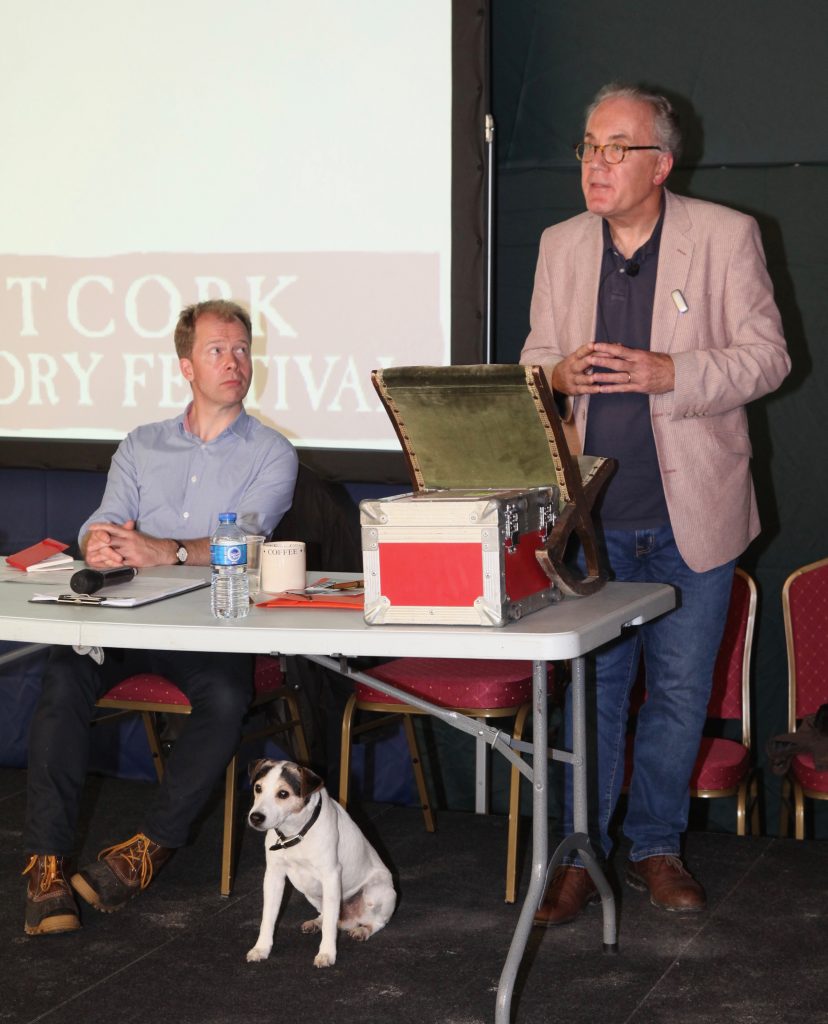 Professor John Horne on ‘The War to End All Wars? International Perspectives 1918 – 1923’. He is accompanied by Simon Kingston, co-founder of the WCHF, and Gus, the Festival dog. 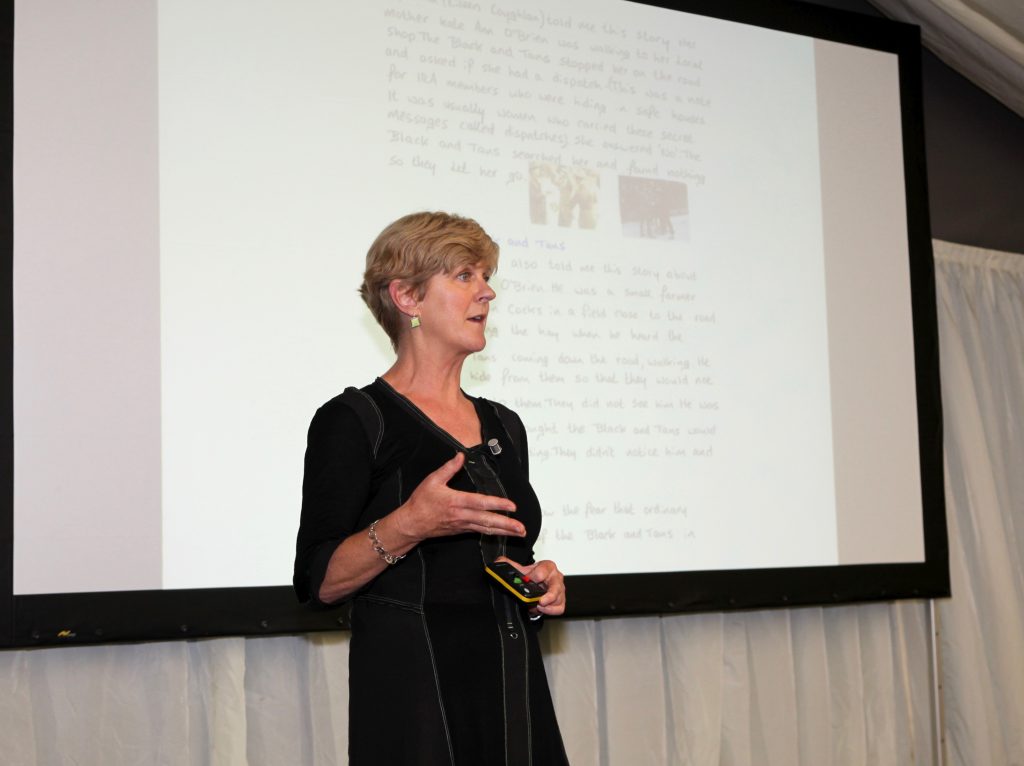 Terri Kearney of Skibbereen Heritage Centre speaking about the ‘Stories of the Revolution’, a schools’ folklore project collecting stories about the 1916-23 period in West Cork 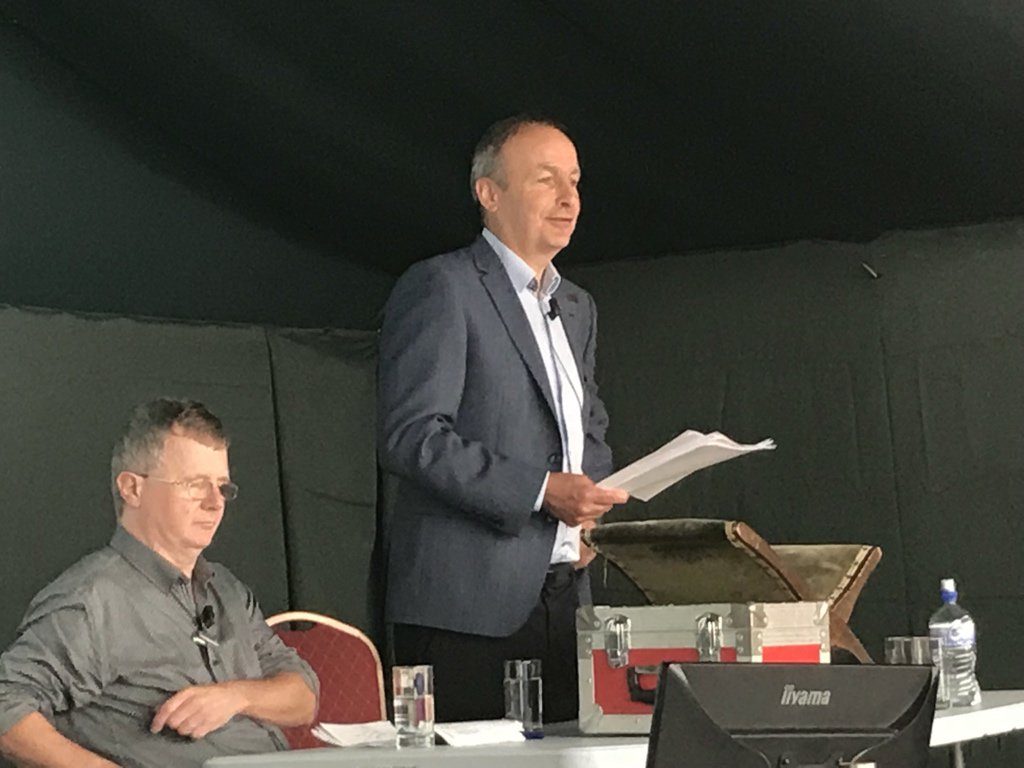 Micheál Martin introducing our Saturday afternoon session on the events of 1918, a pivotal year;  with him is Professor Eunan O’Halpin of Trinity College, Dublin. 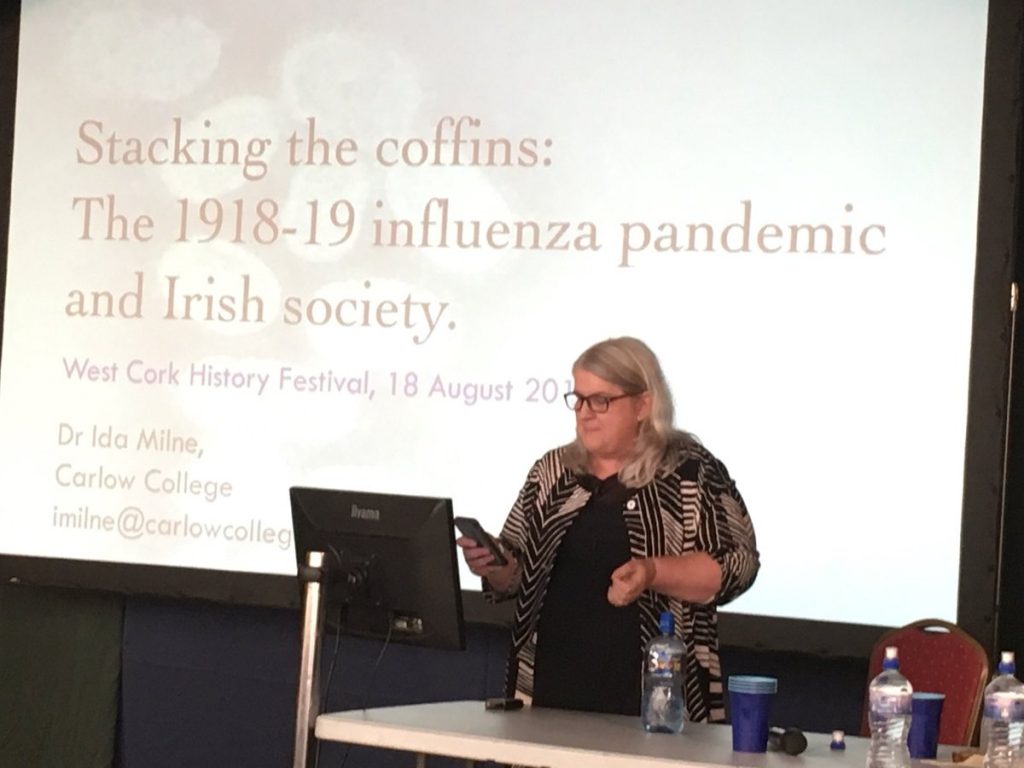 Dr Ida Milne, speaking on the 1918-19 influenza pandemic in Ireland 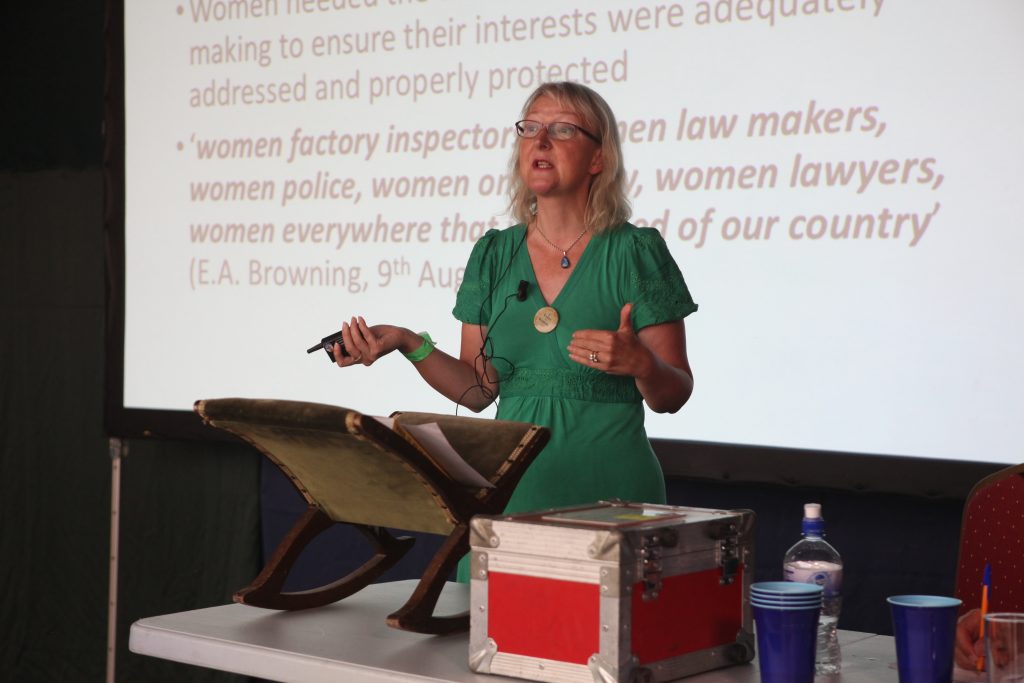 Professor Louise Ryan, University of Sheffield, on the Irish suffrage movement and the Irish Citizen Newspaper 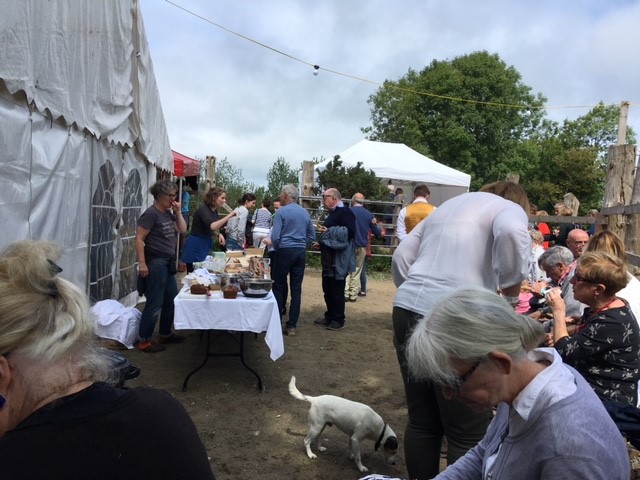 Lunchtime at the Festival, with fantastic food provided by Carmel Somers and Chris Hedges and coffee by The Golden Bean. 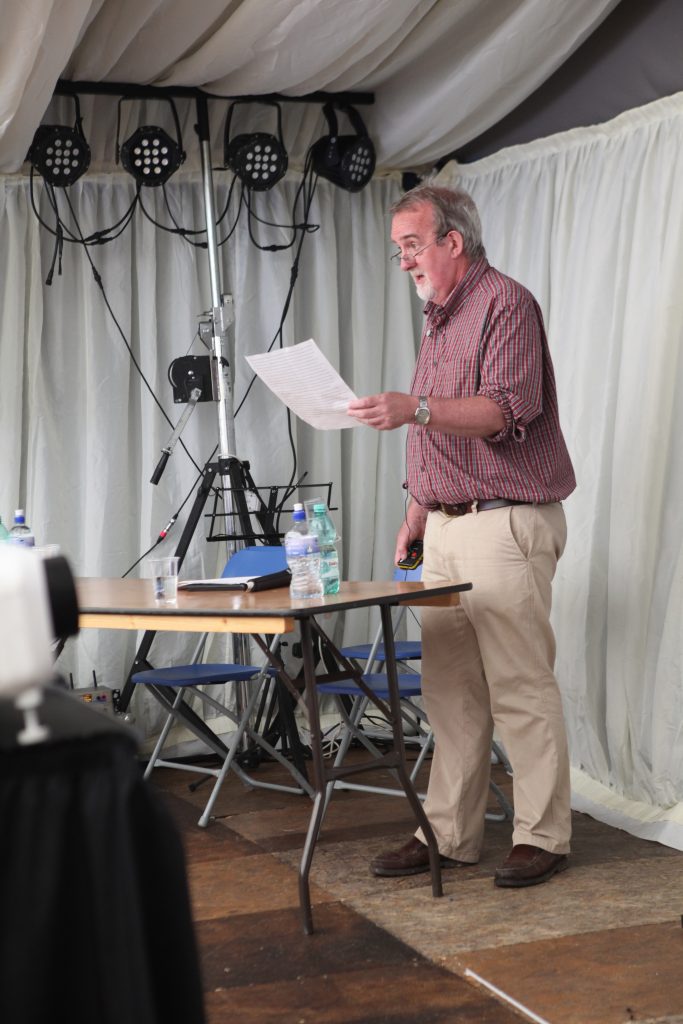 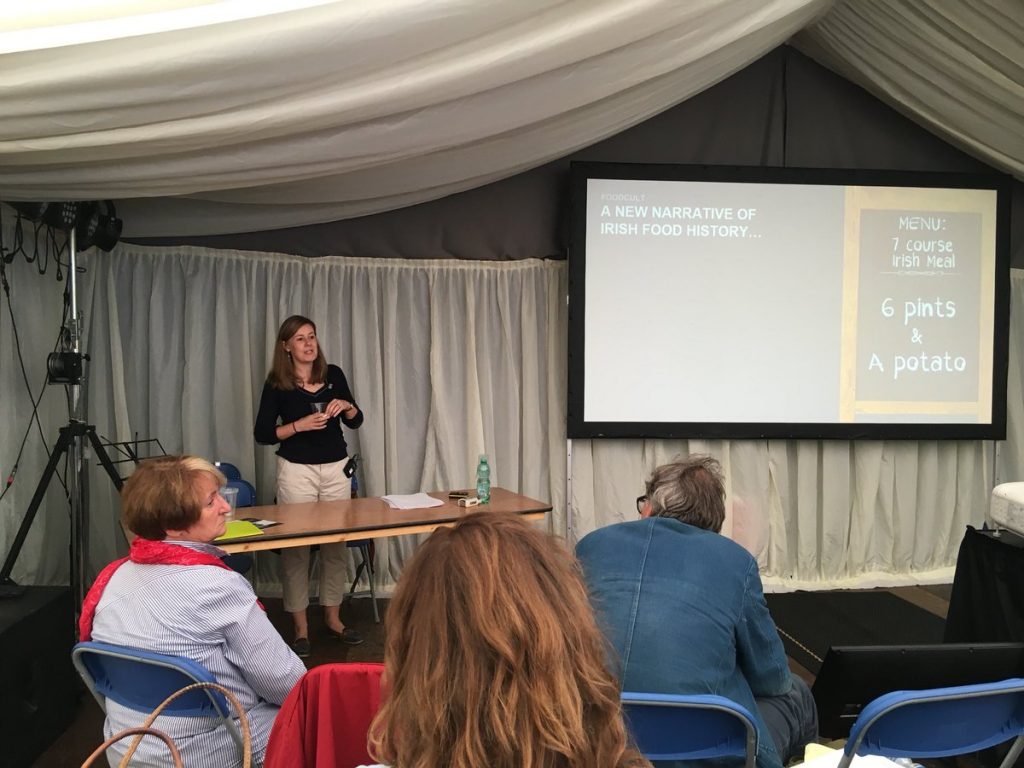 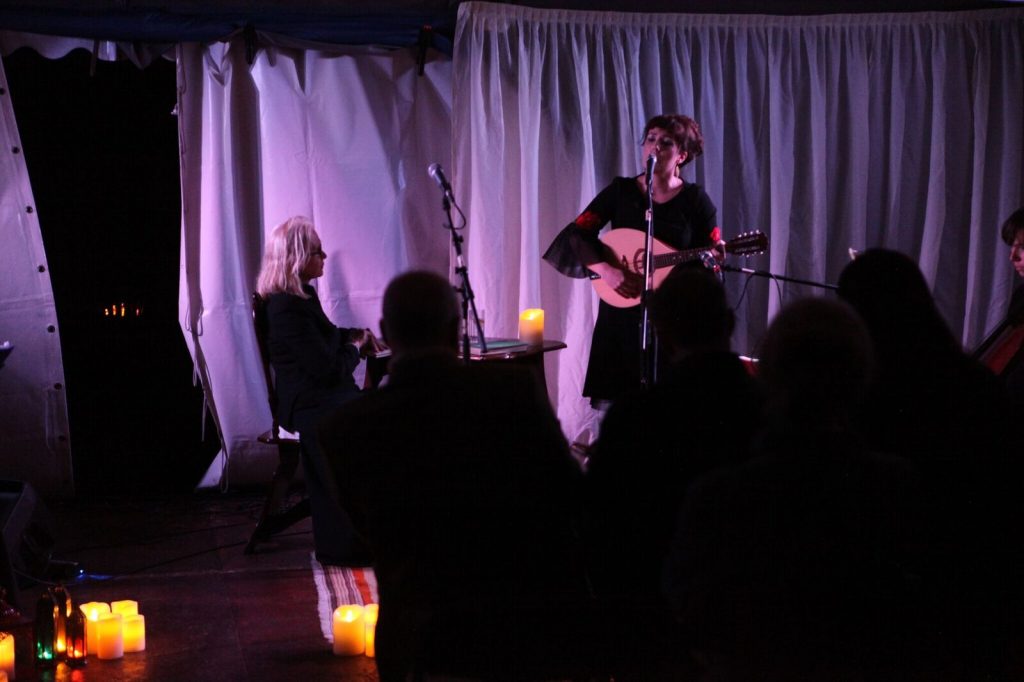 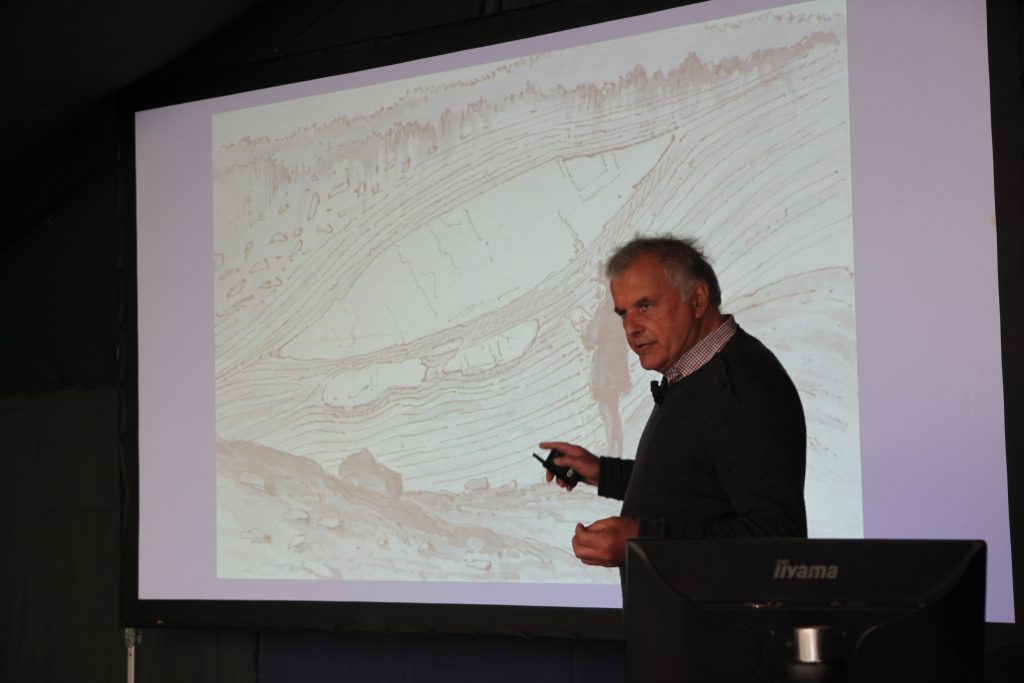 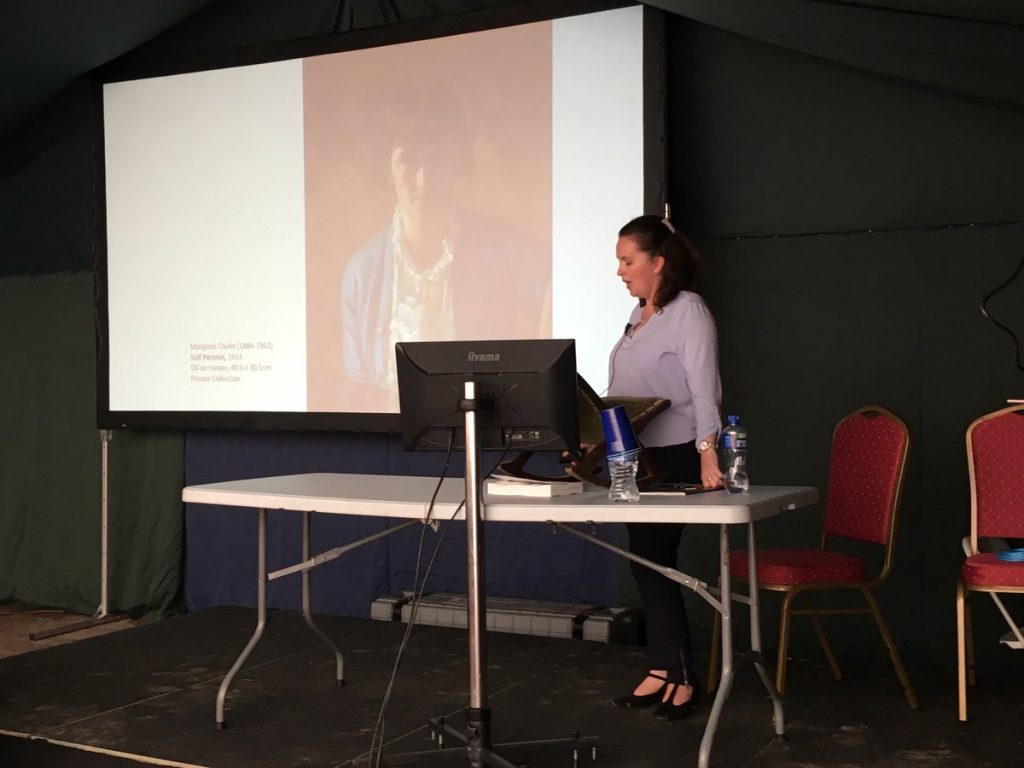 Niamh MacNally of the National Gallery of Ireland on artist Margaret Clarke, about whom she curated a very successful exhibition at the Gallery in 2017 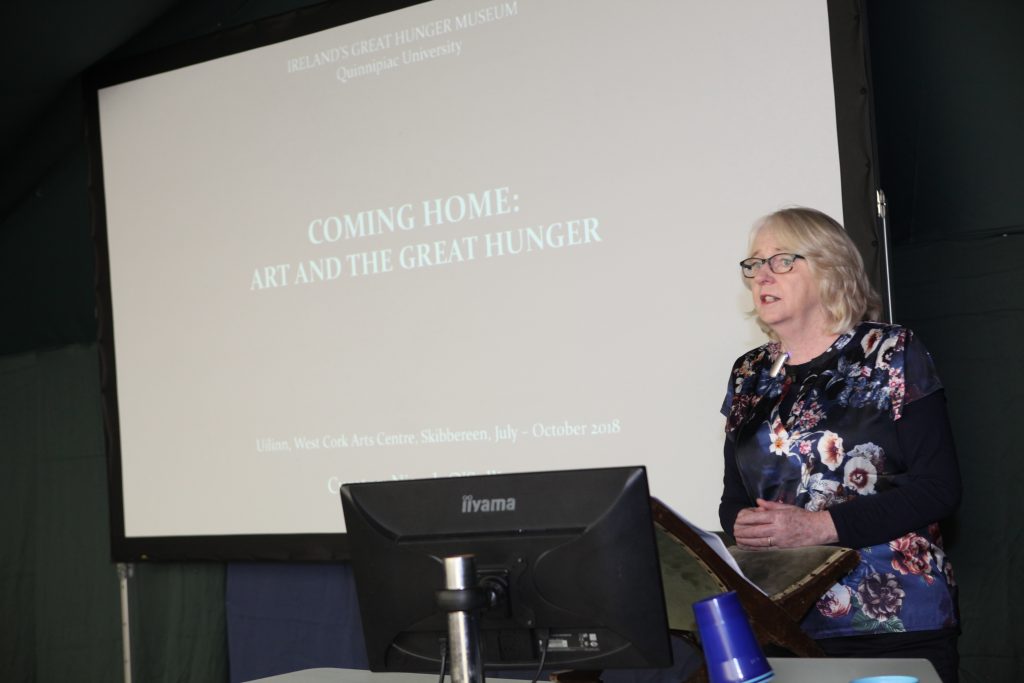 Dr Niamh O’Sullivan speaking about Coming Home: Art and the Great Hunger, of which she was curator and which was on show at Skibbereen’s West Cork Arts Centre, Uillinn last summer. 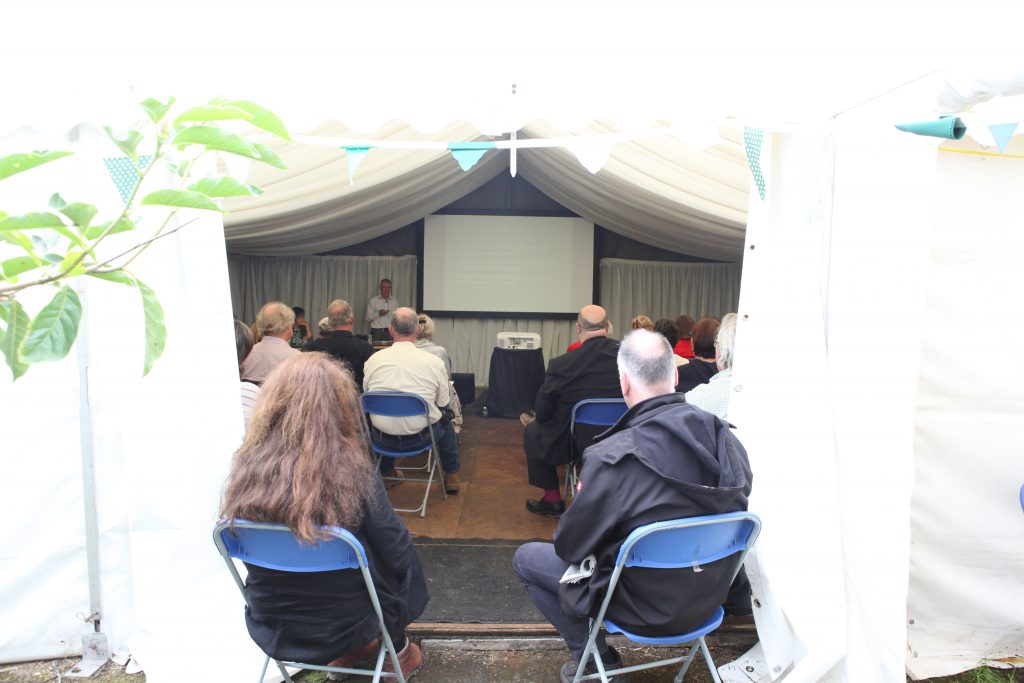 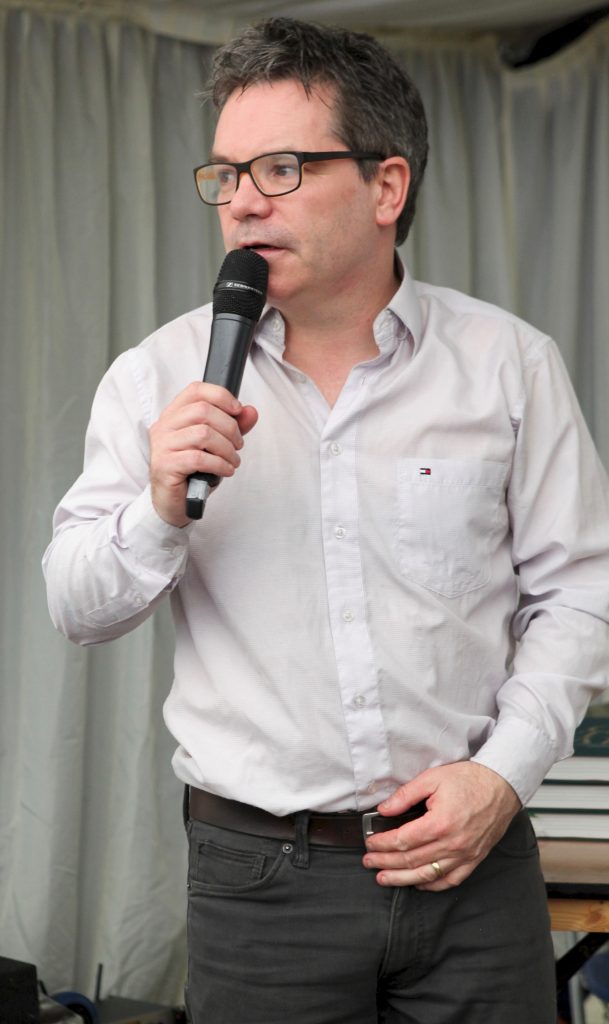 Ronan McGreevy of the Irish Times before a screening of his remarkable film ‘United Ireland: How Nationalists and Unionists fought together in Flanders’ 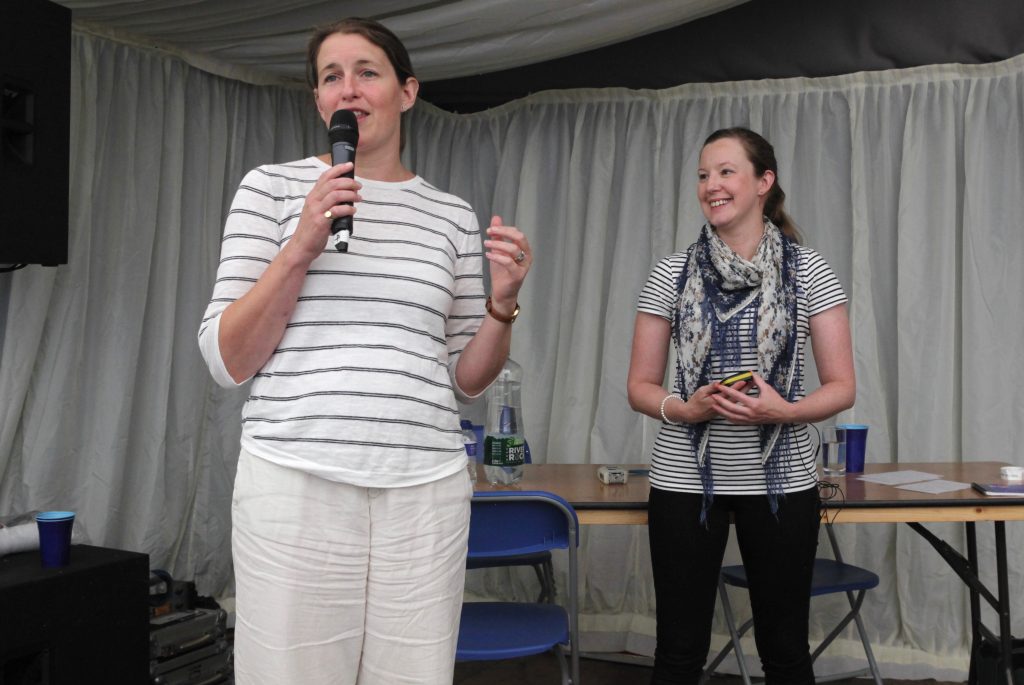 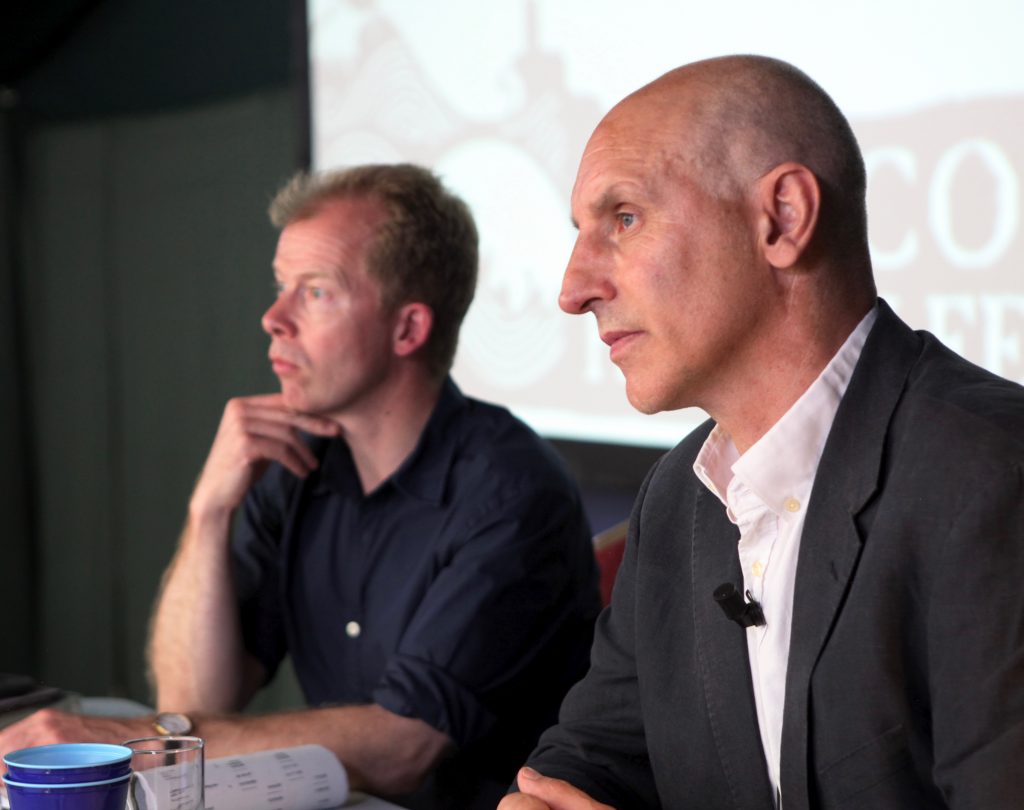 Dr Andy Bielenberg of UCC who spoke on ‘Disappearances in Co Cork 1920-22 and the case of Mrs Lindsay’. Simon Kingston, Festival co-founder, is on the left. 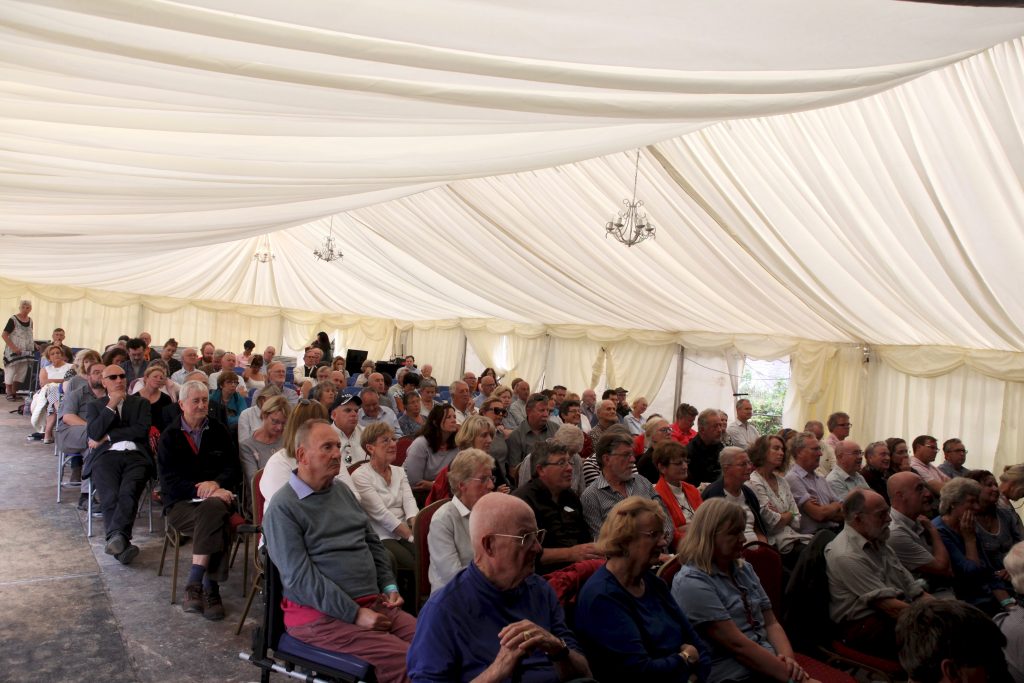 A full house to hear Cal Hyland ‘Considering the Situation of Protestants in West Cork, 1920-1925’ 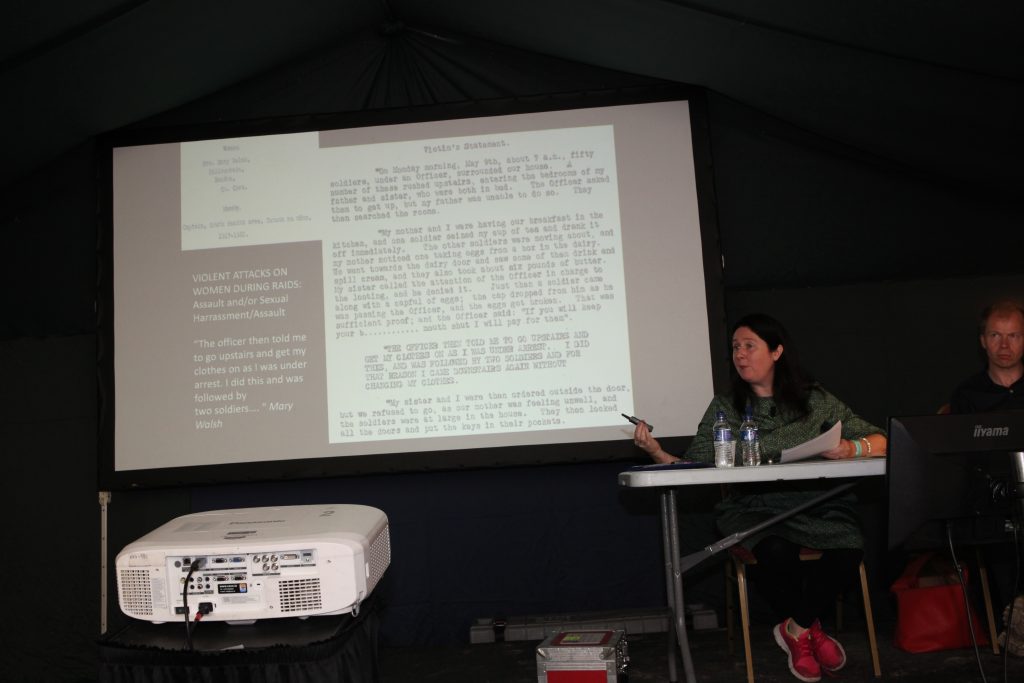 Professor Linda Connolly on ‘Addressing the violence suffered by women during the Irish Revolution’. 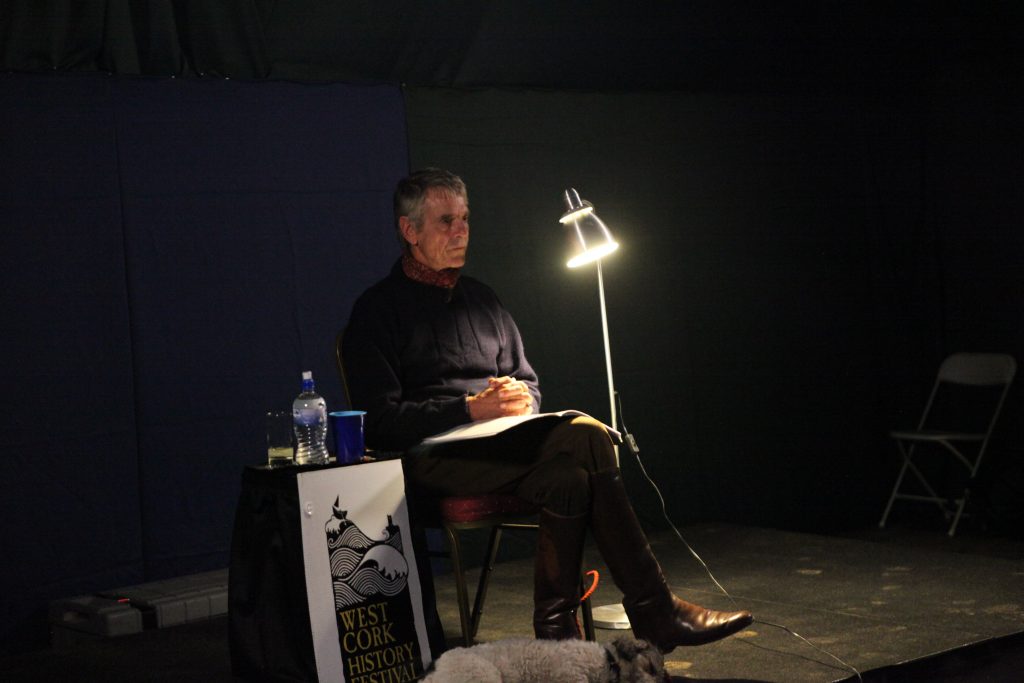 Jeremy Irons, who closed our 2018 Festival with a reading of revolutionary era and First World War poetry. 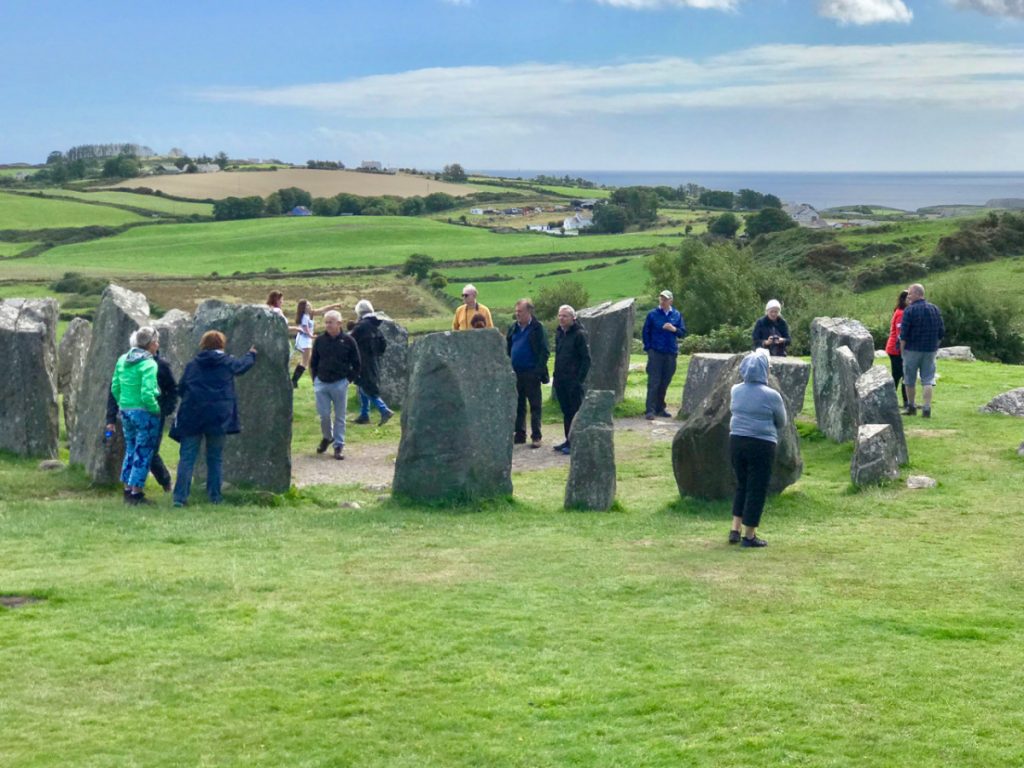 A visit to Drombeg Stone Circle as part of our History and Archaeology of West Cork Field Trip. 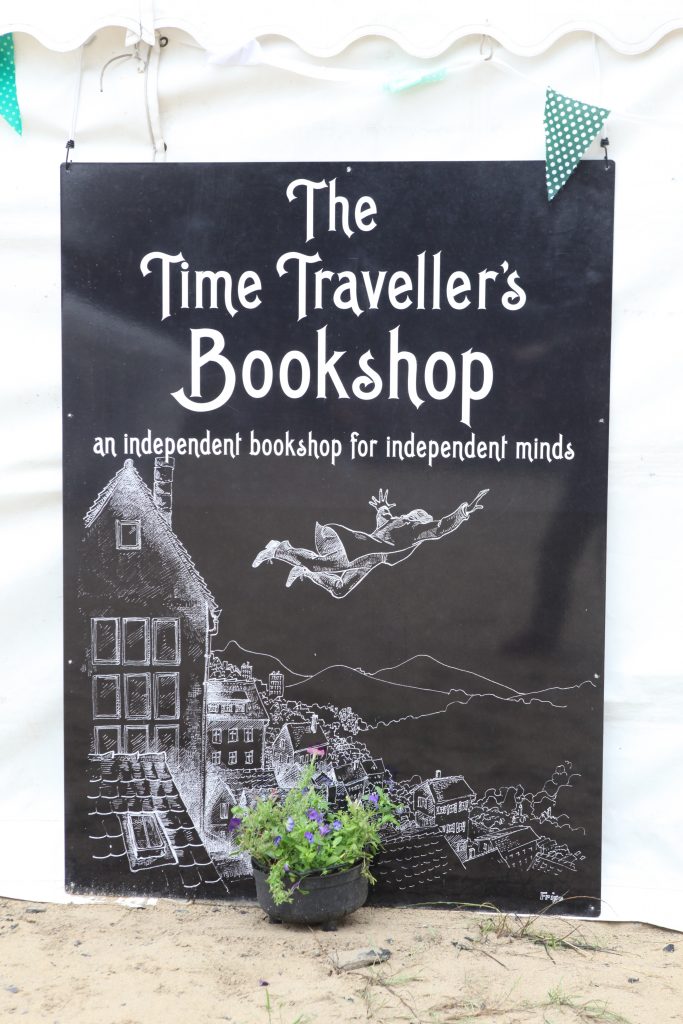 The Time Travellers bookshop, one of the two bookshops at both our 2017 and 2018 Festivals.