As always, this year we’ve got some fascinating local history in our programme. The story of republican Sam Maguire and his legacy to the community of Dunmanway will be considered on Saturday morning in the Secret Garden. The work of the Reverend Cliff Jeffers in realising a project to install a new peal of bells named after Maguire is described in this article from Monday’s Irish Times. Reverend Jeffers will screen a film at the Festival on the same subject.

Kieran Connolly, author of Sam Maguire: The Man and the Cup, who features in Jeffers’ film, will also speak about his work on the enigmatic Maguire. 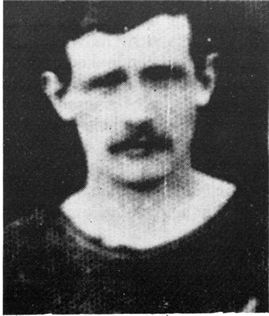 One of the few known photographs of Maguire.