Our 2021 Festival will look at the experiences of the Irish in polar exploration, so Clodagh Finn’s article in the Irish Examiner on Shackleton’s sisters Kathleen and Eleanor was particularly interesting and featured research by Sharon Greene, editor of Archaeology Ireland on their extraordinary lives. Last month An Post’s issued four stamps of ‘Irish Ice Men’, featuring Shackleton along with seven others, including five from County Cork. No Ice Women yet.

Damian Shiels has written this fascinating blog post for Midleton Archaeology & Heritage project about Irish women who married US sailors during the First World War, including 50 from County Cork. The post includes a visualisation of their journeys across the Atlantic.

The Irish Military Archives have started their own podcast series, and featured this on the destruction (and preservation) of Ireland’s Second World War lookout posts.

And finally, they are intended for children but we’ve really enjoyed them too – the BBC’s Home School History podcasts presented by Greg Jenner. There are 21 episodes in total, covering a really diverse range of subjects including Roman Pompeii, William Shakespeare, Leonardo da Vinci, Cleopatra (featured below), the Stone Age and Mary, Queen of Scots. 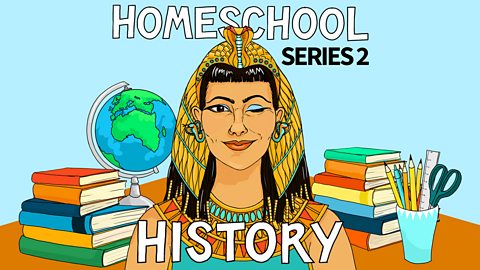 All Posts, Empire, News, Round up, Uncategorised