The play Embargo by Deirdre Kinahan had its premiere last week as part of the Dublin Festival of Theatre. Inspired by the embargo placed on the transport of British troops and weapons by Irish workers during the War of Independence, it was appropriately enough sponsored by Dublin Port Authority and Iarnrod Eireann. Well worth a watch and available on YouTube until 25 October:

Also relating to the War of Independence – some astonishing and shocking footage was shared widely on social media this week, courtesy of the IFI. Taken exactly 100 years ago, it shows the aftermath of the shooting of Sean Treacy, leader of the IRA’s Third Tipperary Brigade and British military intelligence officer Arthur Gilbert Price, killed on Dublin’s Talbot Street after a gun battle on 14 October 1920.

The Sligo Champion featured a fascinating article this week by academic Sinead McCoole, who is trying to trace the identity of a young nationalist woman from Sligo who appears in an April 1920 newsreel taken outside Dublin’s Mountjoy Prison. Through careful archival research, McCoole thinks she has identified the woman in question as a Miss Elizabeth Jane Crotty……  and her father was in the RIC. She is appealing for further information. 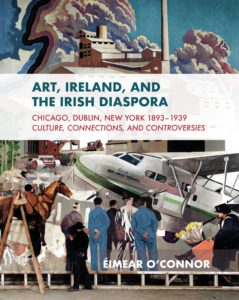