Our selection is a little later than usual – we’ve been busy planning digital content to go up on our website the weekend the Festival should have been…. (7-9 August):

There has been lots of media coverage this past week of the RTE programme Hawks and Doves, in which former British cabinet minister Michael Portillo looked at the War of Independence from the British perspective, including this article by Festival contributor Ronan McGreevy who was involved in the documentary. It’s available to watch on RTE Player.

Skibbereen Heritage Centre has been making some excellent films about local history during lockdown, including this on Aughadown Graveyard. Individuals buried here link this quiet graveyard to the Famine, the Battle of the Boyne and Kilmichael. William Casey, who is featured in the film, spoke at our 2018 Festival on cilliní (unconsecrated burial sites) in West Cork – you can hear his talk here.

The Irish History Show has a great podcast – mixing history, architecture and social policy – in which Ruth McManus, associate professor of geography at Dublin City University, discussed public housing in 20th century Dublin. In the 19th and early 20th centuries, Dublin’s slums were regarded as amongst the worst in Europe – interestingly Belfast’s housing was much better. Lots of other podcasts via this site too.

In The Irish Times Maurice Casey, historian-in-residence at Epic the Irish Emigration Museum in Dublin’s Docklands, told the story of John O’Reilly from Thurles in Tipperary. O’Reilly went to fight in the Spanish Civil War and married Salaria Kea, an African-American nurse – they are pictured below. The couple eventually settled in the US. 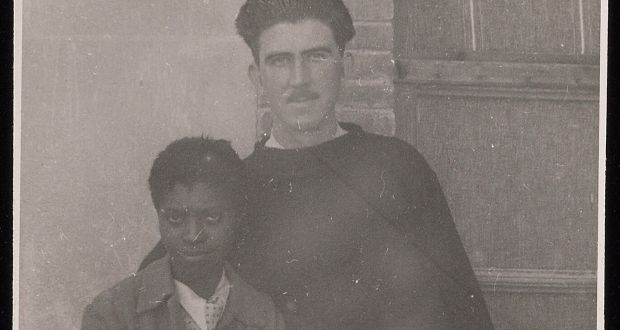