Some of our speakers in the news …

Both Dan Mulhall and Kevin Vickers, who are both speaking at the Festival, have been in the news recently. Mulhall has just left his post at Irish Ambassador to Britain to move to the even more prestigious position of Irish Ambassador in Washington. However he will stop off in West Cork en route westwards to speak about ‘War & Peace: two Irish writers in 1917, Francis Ledwidge and AE’  (Session Two, Saturday morning) and to join a panel on the First World War and Ireland (Session 5, Sunday morning). Read the Irish Times’ recent profile of him here:

Kevin Vickers, the Canadian Ambassador to Ireland, welcomed his country’s prime minister Justin Trudeau on a state visit to Dublin this week, where Trudeau was received with wild enthusiasm. Hear Vickers at the Festival speaking about Irish-born Canadian Soldiers in the First World War (Session 6, Sunday afternoon) and join another panel, on the First World War, this time looking at Commemoration. 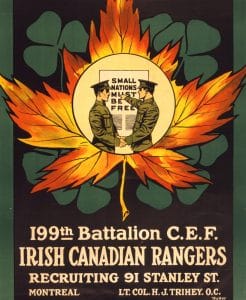