Another assortment of interesting articles, podcasts and videos on historical themes. And something about coffee too ….

Two anniversaries this week, both related to world wars. Firstly, on & May it was 105 years since the Lusitania was sunk off the Old Head of Kinsale by a German submarine, with the loss of 1,198 people. The Cobh Heritage Centre has an exhibition on the Lusitania, and a good summary on its website, including some fascinating photos. The poster below used the tragedy to encourage Irishmen to join the British army. 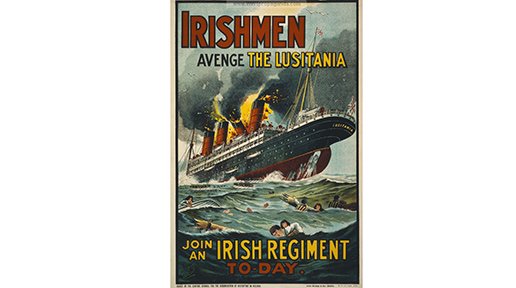 And on a much larger scale of tragedy, the end of the Second World War in Europe on 8 May 1945 (VE Day): the Irish Times had this on some of the Irishmen who joined up – some estimate as many as 66,000 of them. Many from West Cork joined the Royal Navy or the Merchant Navy. In the same newspaper, Frank McNally wrote about Kay Summersby, born near Baltimore who was General Eisenhower’s driver and secretary during the war, and provided him with huge emotional support, and maybe more (although in some ways that should not be the focus of her of story).

More locally, Skibbereen Heritage Centre has produced a video on the work they are doing to promote local heritage while the Centre is closed to visitors.

A podcast from Dublin City Libraries & Archives, in which art historian Jessica Fahy discusses portraits of Irish women writers in the collections of the Hugh Lane Gallery. It focuses on the period from the late 19th century until the late 1930s and includes Lady Gregory, Katharine Tynan and Alice Stopford Green.

A nice story from the Yay Cork website about an 86-year old bar of soap. And finally, not history related at all but almost as important – coffee. Yay Cork also lists all the coffee roasters who are doing home delivery in Cork during lockdown – including The Golden Bean who have served fantastic coffee for the last three West Cork History Festivals. 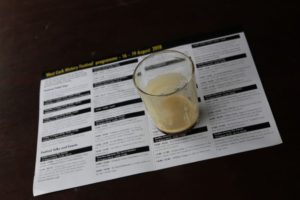